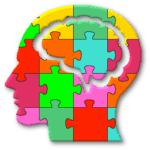 
Organisational Politics, or Workplace Politics as it is sometimes called, means the behaviour used by people to pursue their own, or their groups’, interests, as opposed to the organisation’s interests and goals. It is the struggle for positions of power and influence and the ability to make decisions that affect others.

Why are organisations political?

Organisations themselves are political structures. They are set up in a hierarchical way, with power distributed according to one’s place in the pyramid. People compete for power, resources, salary, glory and the development of their career.

They are under pressure to perform and achieve, justify their position, vie for a promotion. Wherever there is authority, power and decision making, politics will always rear its head. The system is set up to find the most effective people and move them into positions of greater power, with the accompanying benefits and salary.

A manager must represent his staff to senior management in the same way that a politician represents his constituents in Parliament.

Power and politics play an important part in business. They govern how decisions are made, and how staff interact together. This is turn determines the culture of the organsiation.

An understanding of this topic necessitates an appreciation of power, coalitions and bargaining

How does Organisational Politics work?

Groups practicing Organisational Politics may be formal or informal. They may make attempts to promote their ideas, exert influence on a situation or achieve their own objectives. On occasion this may be for personal gain.

Organisational Politics can be either very helpful, or else extremely detrimental to the organisation, depending on your viewpoint, and who is exerting influence over what, and why.
It can be destructive, but sometimes it helps the business meet its targets. Often in business you can see groups of people, or a single executive, challenging the executive strategy because they can see another way of doing things which they judge to be better than the management plan.
This may be the case even though the executives have hammered out policy in an open manner in the Boardroom. But some executives may feel the wrong decision has been reached, or perhaps new evidence has come to light that affects the decision. Personalities and politics will have played a significant role in the decision-making process in the first place.

In this way groups or individuals can influence strategy for the better, and this may be considered “politics”. Of course, the converse is sometimes true. There are always vested interests to be protected.

A challenge may be mounted because of concerns over the strategy adopted, or issues such as shortage of resources, ethical issues, pressure of time, equality of staff, personal gain, or fairness.

To make a judgement, you need to understand the drivers rather than judging the behaviour.
Do organsiations have to be political?

It is an unassailable truth that power begets politics, so there will always be jostling for position. The objective of the structure is to throw up the best leaders, allow for challenge of ideas and competition amongst executives for power. An organisation without politics would be a travesty. Complicated and Important problems demand discussion, conflict of ideas and the development of a strategy to solve problemsOrg psych part 3 .

So I hope you now have an understanding of the pivotal role that politics plays in an organisation , allowing checks and balances to be made, problems and issues to be discussed and a consensus arrived at for the future direction of the business