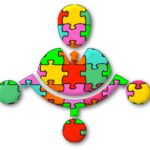 I am frequently asked to talk about the role and responsibilities of supervisors. Most managerial positions carry some aspect of supervision as part of their duties.

Some job roles are specifically to supervise a team of workers, and purely that, but almost all management positions include an element of supervision, as managers need to supervise their team members and their workload as well as perform their own work.

Examples of a pure supervisory role would be;-

In these instances, the supervisors’ role is to manage the workload, allocate work to the team, balance the workload. They don’t usually perform the work themselves, but manage the team. So in this context, a supervisor can usually be considered as a junior member of the management team.

In a professional environment such as law or medicine, there is usually a team working under a solicitor or doctor who are not as qualified or experienced as the team leader or supervisor. They play a supporting role to the team leader, performing administrative or less skilled work. In this situation, the supervisor has to perform work on their own account as well as managing the team.

This second situation is reflected in most business settings, with teams having a leader, supervisor or manager who also performs their own tasks and has their own workload to deliver, their own targets to achieve.

They will take ultimate responsibility for their teams’ work, signing off files, projects, contracts as appropriate. This will often be used as a “check and balance “system, ensuring that everyone’s work is monitored by a senior member of the team.

In practice this will useful to all parties particularly where an unusual situation arises. In this case the person performing the work must pass it by their team leader for endorsement.

A headteacher advising a class teacher on a difficult child, situation or family
Higher up the management tree in large companies you will sometimes find people in roles where their only function appears to be to manage the work of others, perhaps with titles such as Sales Director or Technical Director. But they will have a significant workload in working with the Board of Directors to develop and implement strategies and policies to drive the company in the correct strategic direction, keep ahead of the Market and the Competition, ensure compliance with regulations and legislation.

This is in addition to the supervisory aspect of their responsibilities, ensuring their team performs to its optimum and that targets and objectives are met and exceeded.

← Who manages the managers?What does it mean to supervise? →