Format and style of meeting record

The format, style and content required for Meeting Minutes will vary depending on the organisation, its formality, size and culture. This is a general guide and does not encompass fulfilment of statutory requirements, such as the minutes required for a public company Annual General Meeting, but is a guide for less formal meetings. 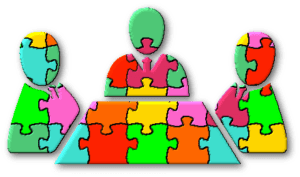 If you are asked to take Minutes at a meeting you are effectively making a record for the meeting Chair, so ask them what they expect you to record on their behalf. They may have a standard format or even a form for you to use. You should have a copy of the Meeting Agenda so that you can reflect the numbering and topic titles the Chair has used in the agenda.

There are tools available that create a document that works as an Agenda and forms the basis of the Minutes. If you use Google Calendar to arrange the meeting, there is an Agenda document available there, which can be used as a basis for the minutes which can then be shared with the attendees.
Why are minutes taken?

There are a number of reasons for minutes to be taken.

What should the minutes record?